The Council on Food, Agricultural and Resource Economics (C-FARE) has a long history of service representing agricultural and applied economists in Washington, DC. We have also had a close relationship with AAEA. Last year, we entered into a series of dialogues about ways that we can enhance the community and the Association. C-FARE’s strengths are our communication, contacts, and programming aimed at policymakers here in Washington. Our mission is to bring the work of agricultural and applied economists to decision makers or their staff in Washington. Our board discussed at length with AAEA leadership how we can bring AAEA closer into the DC policymaking community. The result is an annual contract in which a Government Relations Committee with AAEA will work with us building messaging and programming with the AAEA and CFARE brand on it. Our most recent first attempt was our Spring Jon Brandt Forum on Capitol Hill. This year’s forum topic was “Strategies for Investing in Rural America.” We would like to thank AAEA’s leadership and its members for this closer relationship and allowing us an opportunity to bring the work of AAEA members to Washington.

Federal spending was flat or declined in the past few years due to the stringent budget caps set in the 2011 Budget Control Act (PL 112-25). Under the Budget Control Act, discretionary spending measured as outlays grows by less than 2% between 2015 and 2018, after which it keeps pace with the projected 2.4% annual rate of increase in budget authority. The December 2013 budget agreement known as Ryan-Murray (PL 113-67) eased spending caps in fiscal year (FY) 2014 and FY 2015. This agreement is scheduled to end on October 1, 2015 (end of FY 2014).

As a result, the key component of this debate is how to deal with the discretionary spending caps created in the 2011 debt limit increase law. The Budget Control Act would reduce the deficit to $1.4 T by 2025, and the President’s budgets would reduce the deficit to $1.8 T. As we observe the movement of the bills, any snags in the appropriations process increase the likelihood that another bipartisan agreement would need to be negotiated. So far, both chambers’ committees on appropriations have adopted a fiscal 2016 spending blueprint, also known as the subcommittee 302(b)s (see subcommittee allocations below).

Early in the budget and appropriations process for agriculture, farm groups organized together to urge Congress not to reopen the four-year Farm Bill during the FY16 process. As a result, no action was taken to separate out authorizations at this time. After the release of the President’s budget request, research-oriented coalitions submitted letters of support for research and data accounts. (See a summary of request for research and data programs here.) See a FY16 letter from the National Coalition for Food and Agriculture Research here and one from the Friends of Agricultural Research and Analysis (FASA) here. The appropriations staff members are writing the final bills for consideration in the subcommittees now that both chambers have adopted the 302(b) levels.

The America COMPETES Reauthorization Act of 2015 (H.R. 1806) was passed by the House of Representatives on May 20. The bill takes the same approach to renewing the authorization of the National Science Foundation as the FIRST Act did last year by separating out the funding authorization so that it is allocated by NSF directorate. This puts the Directorate for Social, Behavioral & Economic Sciences (SBE) at a disadvantage because of both the relative size (it is only 5% of the entire NSF budget) and the misconceptions that the public has about social sciences. H.R. 1806 effectively cuts the SBE Directorate by 45%. The Consortium of Social Science Associations has undertaken a grassroots campaign to protest against the reauthorization language. See COSSA’s letter here. Follow @COSSADC on Twitter via #NOtoHR1806 #stand4science. The President has stated that he will veto the COMPETES Act as it is currently written.

On behalf of AAEA’s Government Relations efforts, C-FARE is part of a group to increase the awareness that DC policymakers and the public have of social science. This effort is being organized in coordination with efforts by the National Academies of Science Division of Behavioral and Social Sciences and Education.

Unfortunately, threats to the National Science Foundation’s SBE Directorate exist not only on the authorizing side but also in the House Appropriations Subcommittee for Commerce, Justice, and Science. The House of Representatives Commerce, Justice, and Science Appropriations passed its appropriations bill out of committee on May 20. The report language in the bill directs the NSF to ensure that the math, biophysical, computer, and engineering sciences receive “no less” than 70% of all of the funding in research and related activities. As a result, compared with FY15 levels, the implications of the report language, should it be retained all the way through the appropriations process, is that GEO and SBE Directorates would shoulder a cut, while the remainder of the NSF research and related activities are either flat funded or experience an increase. The actual cut amount is unknown, but sources state that it would be between 10 and 15%.

NSF is increasingly funding SBE and cross-directorate initiatives that support the agricultural and applied economics sciences.

Please let us know if you’ve received funding from the NSF by emailing us at info@cfare.org, indicating the program, topic, and contact information.

What’s in Store for FY17 Budgets?

The Executive Office of Management and Budget has indicated that federal departments should trim their FY17 requests by 5% in the annual White House spending blueprint. 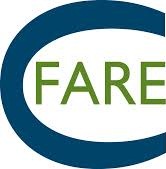 C-FARE invites students with an interest in economics who are interning in Washington, DC this summer to participate in our 2015 Summer Intern Breakfast Briefings. The briefing series focuses on how to navigate careers on Capitol Hill or at agencies and non-governmental organizations.

These briefings are designed to allow students to hear from professionals who have received a degree in agricultural, natural resources, or applied economics about their career paths and receive insight on potential classes to take and other details regarding the necessary background to succeed in Washington, DC. (*Please RSVP if you’d like to attend.) Thank you!

On Tuesday, April 14, with core funding from the AAEA Trust, C-FARE cosponsored a forum to explore “Strategies for Investing in Rural America”. The forum took place in the U.S. House of Representatives Office Building and was followed by a reception outside of the U.S. Senate Office Buildings.

The energy and environment solutions offered by the bioeconomy are somewhat understood, but the networks and collaborations needed for an effective transition from a fossil-fuel based economy remain subtle. With an eye toward future growth, the first session on the U.S. energy economy will assess the economic lessons learned, relating to bioenergy, bio-based products policy, and industry growth. We will hear from expert economists and industry leaders on critical issues and then take a deep-dive into an industry success story.

The National Science Foundation (NSF) has issued its annual call for recommendations for membership to Advisory Committee for Social, Behavioral and Economic Sciences. This committee advises NSF’s offices and directorates on program management, research direction, and policies impacting the agency. Please contact C-FARE at info@cfare.org by June 15 if you are interested in being nominated. Please put NSF SBE Advisory Committee in the subject line. Thank you.

Team science, also known as multi-disciplinary or transdisciplinary science, is a process that universities are increasingly encouraging faculty to undertake. The National Research Council (NRC) appointed the Committee on the Science of Team Science, chaired by Nancy J. Cooke, Arizona State University, to conduct and release a consensus study to provide guidance for these science teams or groups. The study was funded by the National Science Foundation (NSF) and Elsevier. The final report was released on April 24.

Who are the winners and losers in “team science”? Do applied economics professionals have outcomes from team science that help them to excel in their career? We’d like to hear from you at info@cfare.org.

Leveraging Innovation to Feed the Future

The Chicago Council released a report on the role of research innovation in the agricultural sector. This report suggests that the “United States needs to double investments in agricultural and food research over the next 10 years to help meet these challenges. It can begin by taking the following actions:

Items above prepared by: Caron Gala