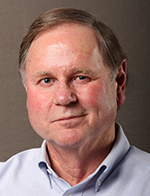 Wallace Tyner is the James and Lois Ackerman Professor of Agricultural Economics at Purdue University. He has made important contributions to the profession in three main areas: energy and climate policy and biofuels, trade and development in the Middle East/North Africa and other areas, and professional leadership. His research seamlessly intertwines economic research and policy analysis with extraordinary impacts. Tyner has over 350 total publications including 115 research journal articles, 3 books, 25 reviewed book chapters, and 65 extension papers including many refereed extension papers.

About two-thirds of Tyner’s research is on energy and climate policy issues encompassing coal, oil and natural gas, solar, wind, and biofuels, as well as policy issues such as carbon taxation, the RFS, the CAFE standard for increased auto fuel efficiency, and a clean electricity standard. All of Tyner’s work on energy policy is carefully grounded in scientific and technological literature. He has obtained millions of dollars in contracts and grants to support his research and students. Tyner is best known for his research and extension activities on biofuels, at the intersection of energy and agriculture. He has published in most of the leading energy and economics journals, with most of his papers being coauthored with his students. He participates in and leads multidisciplinary research projects at Purdue and in the national/international arena, and his research and engagement accomplishments earned him the Morrill Award, Purdue’s highest award for impacts on society.

Policy makers and business leaders value his insight and his balanced assessment of research findings. Tyner is frequently invited to speak at national and international conferences. He is interviewed by media outlets from around the world well over 100 times each year and has been quoted in the Economist, New York Times, Wall Street Journal, Los Angeles Times, Indianapolis Star, Science, Nature, Technology Review, Bloomberg News, Financial Times, and scores of agricultural, renewable fuels, and trade publications.

Tyner’s 2008 paper with Phil Abbott and Chris Hurt entitled “What’s Driving Food Prices?” was lauded for its objectivity and comprehensive coverage of the drivers of commodity markets, as well as the influence of biofuels. The authors wrote follow-up papers in 2009 and 2011. These three papers have over 800 citations according to Google Scholar, part of Tyner’s 6,600 current citations.

Tyner’s work on U.S.-Morocco trade was recognized with the 2005 AAEA Distinguished Policy Contribution award. His long association with the Middle East and North Africa began in 1985 with a three-year assignment in Morocco to help develop that country’s policy analysis capabilities in agriculture. Tyner served as Morocco’s principal outside adviser on agriculture in the negotiation and implementation of the U.S.-Morocco Free Trade Agreement in 2003-04. More recently, Tyner has worked with Farzad Taheripour on estimating the impacts of Chinese agricultural tariffs on the US.

For 13 years, from 1989 to 2002, Tyner served as head of the Department of Agricultural Economics at Purdue. During that time, the department grew in stature nationally and internationally, increased its diversity significantly and maintained its funding and staffing levels during a period when many other departments were experiencing significant cuts. He also helped foster the development and growth of the Global Trade Analysis Project and the Center for Agricultural Business. For his many contributions, Tyner was recognized in 2002 by Governor O’Bannon with the State’s highest civilian honor: the “Sagamore of the Wabash” award.

Tyner has continued to teach and mentor students throughout his career and offers a popular course in cost-benefit analysis. He has supervised over 80 graduate theses. His master’s and doctoral students have received six departmental best thesis awards in the past 15 years and secured attractive placements.