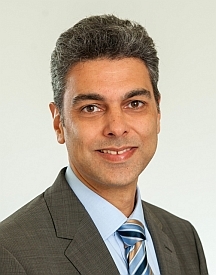 Matin Qaim is Professor of International Food Economics and Rural Development at the University of Goettingen, Germany. He is a world-leading researcher on food security and sustainable development, best known for his seminal work on the economics of agricultural biotechnology, food value chains, and agriculture-nutrition linkages. With 150 journal articles, four books, and 45 book chapters (as of February 2019) he is one of the best published scholars on these topics. In 2018, Qaim was elected member of the German National Academy of Sciences; he is one of the first agricultural economists who has ever received this honor. His work was also recognized through several national and international science prizes.

Qaim’s research is characterized by meticulous analysis at the micro level. He has collected primary survey data in numerous countries of Africa, Asia, and Latin America. Qaim has a unique talent to identify emerging issues and address them with innovative approaches. He is not shy of pursuing topics controversially discussed in the public. His interdisciplinary perspective is reflected in the portfolio of journals in which he publishes. Much of his work appeared in leading field journals of agricultural and development economics. In addition, he has published in top biotech journals (e.g., Nature Biotechnology), nutrition (e.g., Proceedings of the Nutrition Society), and broader high-impact factor journals (e.g., Science, PNAS). Several of his papers are “highly cited” in the Web of Science (top 1% in a particular field).

With his work on the impacts of genetically modified (GM) crops on farmers and consumers in developing countries, Qaim has pioneered a new research direction and significantly influenced the profession’s thinking about biotechnology. He has summarized his 20 years of experience on this topic in a book titled “Genetically Modified Crops and Agricultural Development” (Palgrave Macmillan, 2016).

Beyond biotech, Qaim has conducted seminal research on linking farmers to global value chains. His studies analyze effects of contracting in the small farm sector, certification, supermarkets, and related institutional innovations on income, poverty, and gender roles. Concerning his work on agriculture-nutrition linkages, Qaim was among the first to analyze the effects of agricultural policies and innovations on the different types of malnutrition (hunger, micronutrient malnutrition, overnutrition). With his conceptual and empirical work, Qaim has challenged the widely held view among nutritionists that farm diversification will always lead to dietary diversification and nutritional improvement.

Qaim is also an active science communicator and policy advisor. Large newspapers have reported about his research, including The New York Times, The Economist, and Newsweek. In addition to his academic publications, he has written more than 80 articles for professional magazines and public newspapers. Qaim was invited twice to the Vatican to talk about the role of GM crops for food security, where he also met with Pope Francis. He is member of high-level science advisory committees for various national and international organizations.

Qaim puts strong emphasis on international cooperation and capacity building. He has initiated large research consortia with various CGIAR centers and other international partners. Qaim has supervised over 50 PhD students as main advisor, most of them funded through his research projects with ample field work opportunities. More than half of his PhD students are from developing countries. Qaim’s leadership role in curriculum development and establishing new training programs is particularly noteworthy. He founded the “GlobalFood” PhD Program at the University of Goettingen, which he has been heading since 2011. GlobalFood raised the attractiveness of Goettingen as a leading place in Europe for PhD-level education in agricultural economics. Qaim also contributes to capacity building at various universities in developing countries. Most of his research involves local partners, joint papers, and co-supervision of local students.