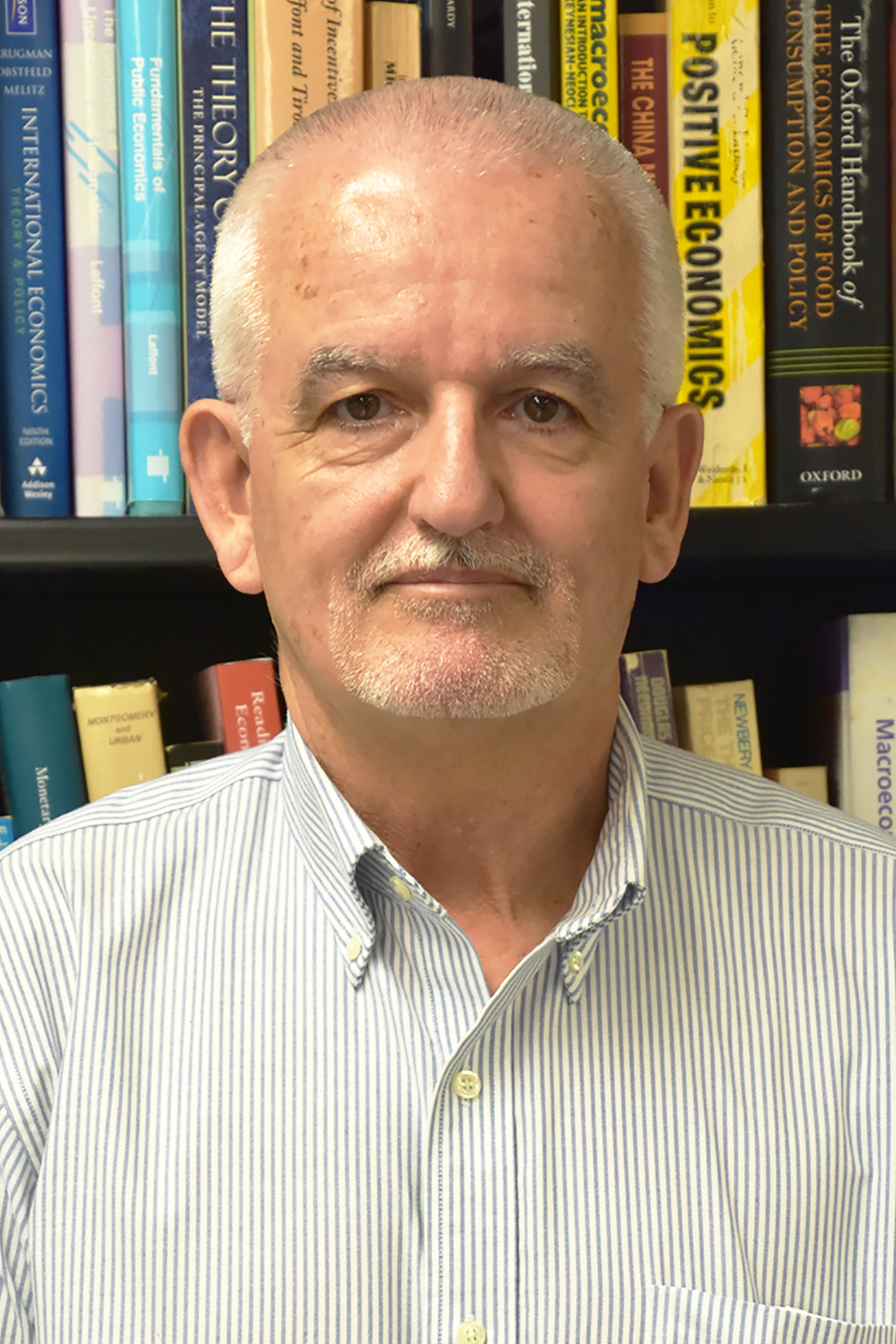 Ian Sheldon grew up in the United Kingdom, studying economics at the University of Salford in Greater Manchester, earning his BSc and PhD degrees in 1978 and 1981 respectively. After graduating he was a post-doctoral researcher at the University of Manchester Institute of Science and Technology (UMIST) before he moved to the University of Exeter where he served as a lecturer in agricultural economics and economics from 1982 to 1990.  Following a short period as a Visiting Professor, he became an Associate Professor at the Ohio State University in 1990, where he currently holds the Andersons Chair in Agricultural Marketing, Trade and Policy.

Sheldon’s early research focus combined the study of industrial organization with international economic analysis.  He and his long-time collaborator Steve McCorriston (University of Exeter), helped pioneer the application of concepts drawn from the “new empirical industrial organization” and “strategic trade theory” to international food and agricultural markets, analyzing market power and the impact of trade policy in the presence of imperfect competition.  This work has been published widely in the fields of both economics and agricultural economics, his co-authored work on the impact of capacity constraints in the food processing sector being named best article in the Journal of Agricultural Economics in 1992. His research in industrial organization has also focused on resolution of the credence good problem in both domestic and international settings, and most recently on using heterogeneous firm models to analyze agglomeration effects in science parks.

Sheldon has also conducted a considerable amount of research on a broad range of trade and policy issues in the food and agricultural sector.  His co-authored work on agricultural trade and exchange rate uncertainty has been widely cited, and is an early example of application of the modern approach to the gravity model.  He has also published on trade and intellectual property rights, trade and climate policy, product quality upgrading and trade liberalization, agricultural productivity and trade, estimation of trade elasticities, and evaluating the impact of firm financial constraints on trade.  Sheldon has also had a long-running interest in analyzing legal dimensions of international trade, publishing articles in both economics journals and law reviews on topics ranging from labeling of genetically modified foods to analysis of current U.S. trade policy. Due to his breadth of knowledge in the field, Sheldon has also been commissioned to write several survey articles and handbook chapters.

For over 35 years, Sheldon has taught a range of agricultural economics and economics courses.  During his time at the University of Exeter, he taught industrial organization, agricultural production, food and agricultural marketing, and advanced economic theory to undergraduate students. Over the past 20 years, he has taught highly regarded courses in applied welfare economics and international economics to both undergraduate and graduate students at Ohio State, receiving multiple teaching awards and recognition from students, as well as being elected to the Ohio State University Academy of Teaching in 2001.

Sheldon has also provided extensive service to the agricultural economics profession.  He has been an associate editor and editor of the American Journal of Agricultural Economics, and he was the first featured articles editor for Applied Economic Perspectives and Policy.  He has also served on numerous AAEA committees including those for Quality of Communication and Publication of Enduring Quality.  In addition, he has organized and sponsored theme days for IATRC, as well as being Chair of its Executive Committee for 2008-10.