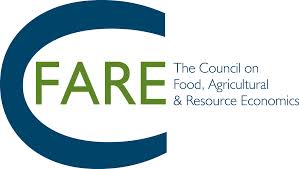 The House of Representatives is walking the fine line between aligning their caucus to pass the eleven appropriations measures, including a short-term stopgap for Homeland Security. To keep the government open, the Congress must pass some sort of funding measure by Dec. 11, when the current stopgap (PL 113-164) expires. The ‘cromnibus’ would aim at avoiding a government shut-down while also responding to the President’s actions on immigration. A vote is anticipated in the House early next week. However, it is unclear as to if the combined measure will pass because there is a faction of the majority caucus who believe that a short-term continuing resolution would be a better approach. If a short-term resolution were passed, the Republican majority in both chambers would be able to rewrite the FY15 package in the next Congress.

Christopher H. Smith, R-N.J., chairman of the Foreign Affairs subcommittee on Africa, Global Health, Global Human Rights and International Organizations is the sponsor of HR 5656, which would codify the Feed the Future initiative, which provides food and nutrition aid to combat food insecurity in selected developing countries. HR 5656 would authorize funding for the program up to $1 billion in FY15. The partner bill in the Senate (S 2909) would authorize the program through 2020.

C-FARE Webinar/Seminar: The Economics of Food Waste in the Contemporary Marketplace

Food waste occurs when edible food is thrown out at the retail, restaurant, or household level. Supermarkets and other food retailers discard edible foods that are discolored or oddly shaped, whose properties are unappealing to the consumer. Food disposal can also occur when a food product is of subpar quality, not in line with the retail standards. Edible food may be thrown away during food prep processes at retail and in the home or as a result of the misunderstanding of food date labeling terms. Food waste is one component of food loss, which includes any edible food that is not consumed after it is harvested.

The quantity of edible food that is lost in the U.S. is not insignificant; 31% or 133 billion pounds of the 430 billion pounds of the available food supply at the retail and consumer levels went uneaten in 2010. The value of this food loss is estimated to be about $161.6 billion with about 1,249 calories lost per US citizen, per day in 2010. Experts will describe the work being done to estimate the amount of food waste in the United States and evaluate the costs, trade-offs, infrastructure and networks needed to understand and ameliorate food waste.