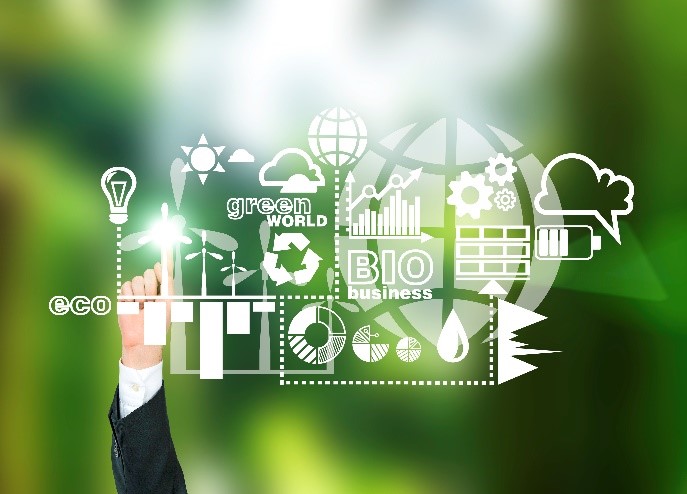 The workshop provided an opportunity for engagement in the development of the bio-economy. The workshop encouraged and advanced the efficient use of renewable aquatic and terrestrial biomass resources and stimulate the production and manufacture of renewable bioenergy and plant-based products. Read more here.

C-FARE is assembling a catalogue of continuing education opportunities for potential agricultural and applied economics students and professionals. The audience for the catalogue may already be in the field or be mid-career, newly entering the agricultural or food sectors. We seek to highlight the degree programs and issues that departments offer, as well as tours or shorter programs that are offered on an annual, biennial or semi-annual basis. Please send the following information to us at cwalton@cfare.org, so that it can be included in the catalogue:

Email cgala@cfare.org if you wish to be sent the log-on link. Thank you!

The event will include an address from NIFA Director Dr. Sonny Ramaswamy, a set of visionary talks from leaders in the fields of data science and agriculture, and discussion. The event will be streamed live in tandem with the Oct.10-12, National Science Foundation's Midwest Big Data Hub All-Hands Meeting.

Board for International Food and Agricultural Development; Notice of Meeting
Wednesday, October 12, 2016

The central theme of this public meeting will be 'Metrics for Accountability: Tracking Progress and Identifying Gaps in Development Investments' - At this meeting, the Board will "... address old and new business and hear updates from USAID and the university community. The purpose of the session is to examine results frameworks, assumptions, evidence, and M&E systems as a basis for tracking progress and learning, and adjusting investments towards achieving the 2030 development goals ..." - The meeting will be webcast for those who are unable to attend in person - BIFAD advises USAID on "... agriculture and higher education issues pertinent to food insecurity in developing countries ..."

Total Economic Valuation of the National Park Service Lands and Programs: Results of a Survey of the American Public
Thursday, October 20, 2016

In this National Ecosystem Services Partnership webinar, Michelle Haefele and John Loomis of Colorado State University will present the results of a survey that led to the first comprehensive estimate of the total economic value of the National Park Service and its programs. They will discuss what the $92 billion dollar valuation means for the National Park Service. Register here.

The Commission on Evidence-Based Policymaking (CEP) will hold a public hearing on October 21, 2016 in Washington, DC.  The public hearing will provide an opportunity for any interested stakeholder to present their views on issues relevant to the Commission’s charge established in Public Law 114-140.  This will be one of three such hearings, with others planned for the Midwest and West Coast regions in early 2017.

We invite you to register for Understanding Communities and Their Dynamics, a unique online course presented jointly by the four Regional Rural Development Centers and a team of nationally recognized Community Development professionals. The seven-week series begins October 6, 2016 and concludes November 17, 2016. Each week features a 90-minute webinar focusing on topics including demographics, economic development, strategic planning and power structures. Register here.

Co-designing Our Regenerative Future: Unconference on Agriculture & Beyond
Saturday, October 29, 2016

The DC region has all the ingredients needed to take a regenerative future from demonstration to scale. The powerful mix of technical know-how, policy expertise, entrepreneurial creativity, and political and financial levers are all here. This one-day, open-space conference is a chance set a path to make it so. But “We” need You.  On this day we come together to answer: “How can we best combine our knowledge, skills, and activities across sectors to kick start a Regenerative Future?”

Synopsis: The Office of Community Services (OCS) will award approximately $9.5 million in CED discretionary grant funds to CDCs for community-based efforts to improve the economic and physical health of people in areas designated as food deserts or where applicants can point to indicators of need, such as poor access to a healthy food retail outlet, a high percentage of individuals with low-income, incidence of diet-related health conditions, or high concentrations of persons eligible for food assistance programs. Through the Community Economic Development (CED) program and within the framework of the Healthy Food Financing Initiative (HFFI), OCS seeks to fund projects that implement strategies to increase healthy food access, foster self-sufficiency for individuals and families with low-income, and create sustained employment opportunities in communities with low-incomes.

Synopsis: This AFRI Challenge Area focuses on the priority to mitigate and adapt to climate variability and change. It supports activities that reduce greenhouse gas emissions, increase carbon sequestration in agricultural and forest production systems, and prepare the nation’s agriculture and forests to adapt to variable climates. The long-term outcome for this program is to reduce the use of energy, nitrogen fertilizer, and water by ten percent and increase carbon sequestration by fifteen percent through resilient agriculture and forest production systems. To achieve this outcome, this program will support multi-function Integrated Research, Education, and/or Extension Projects and Food and Agricultural Science Enhancement (FASE) Grants.