Richard Just has been a premier agricultural economist in a career that spanned five decades. He changed the way economists’ model risky phenomena, and made seminal contributions to the economics of welfare, adoption, technological change, and agricultural and resource policy. As outstanding teacher, he mentored many students who became leading scholars. He led graduate programs at Berkeley and Maryland, and was Maryland Department Chair twice. He served the AAEA as President and editor of AJAE, and was named Fellow in 1989.  He won more AAEA research awards its first 100 years than anyone, as verified by the April 2010 AJAE Centennial Issue.  Under his 2009 presidency, the AAEA went global and broadened subject matter to revitalize membership by replacing ‘American’ with ‘Applied’ in its name—as symbolized in the globe and graph of the current AAEA logo that he designed on his PC. 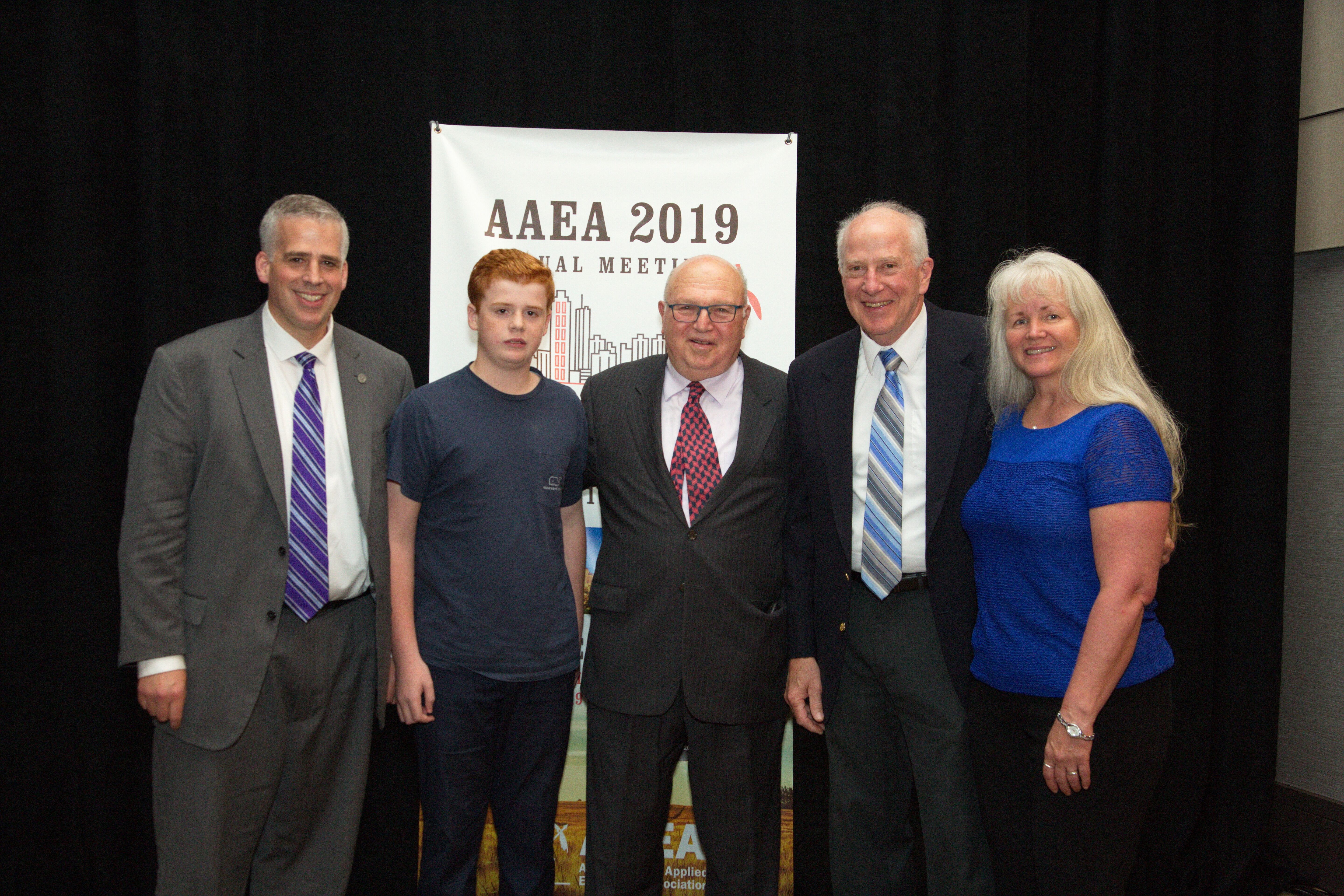